Note: The code used based on the old C++ .Net syntax. 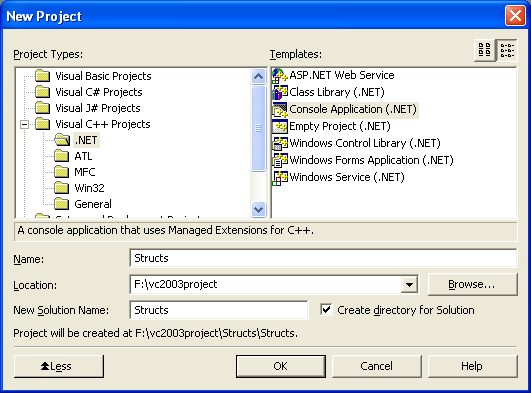 2.        Open the Structs.cpp, the main project file. At the top of the Structs.cpp file, immediately under using namespace System;, add the following structure definition: 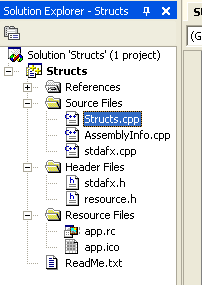 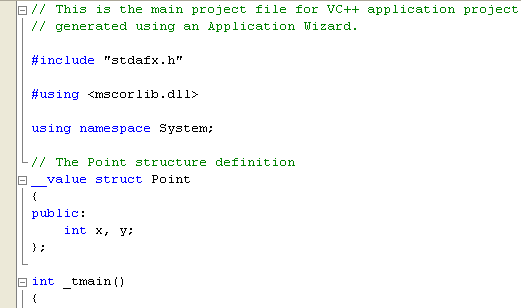 Figure 4: Adding a structure to the main project file

The __value and struct keywords start a structure definition, and you’ll notice that structures look very similar to classes in the way they are defined. The body of the structure is enclosed in braces and finishes with a semicolon, and the public and private keywords are used to set the access level for structure members. Notice the use of the __value keyword here. This keyword tells the compiler that this is a value type and not a traditional C++ structure. It’s important that you remember to use __value when defining your structures. This simple structure represents a point on a graph, so it has two integer data members representing the x and y coordinates.

// TODO: Please replace the sample code below with your own.

Notice that the code doesn’t use the new (new syntax uses gcnew) operator. The new operator is used to create references to objects, and value types aren’t accessed by reference. Instead, a Point has been created on the program stack instead of the heap, and you access it directly as p1. Because the data members are public at this point, you can access them using the familiar dot notation.

Figure 6: Printing out the structure member.

5.        Compile and run the program at this point, you should see the output p1.x is 10. To build, select the Build menu → Build Solution submenu and to run select Debug → Start Without Debugging submenu as shown below. You can use the buttons or short cut menu as well. 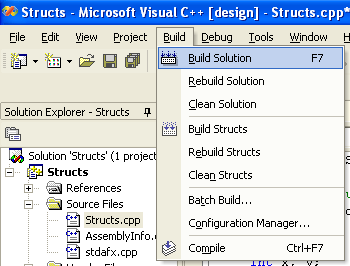 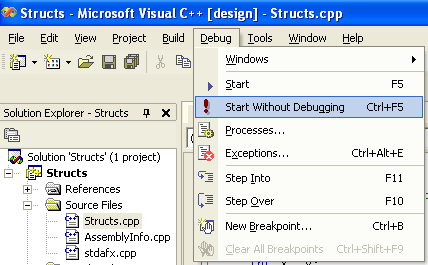 Figure 8: Running a program without debugging.

6.        Let do some more work. Add the following two lines immediately after the public declaration in your Point structure definition.

7.        You can now add extra code to your _tmain function to create and initialized Points. Edit the _tmain by entering the following codes. 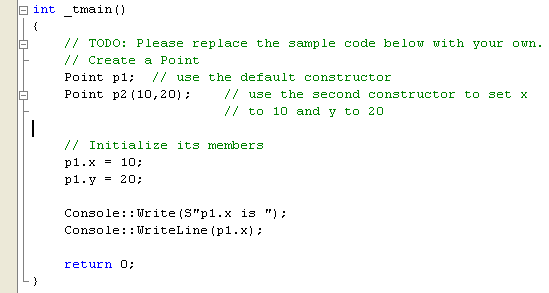 9.        Finally, compile and run your program and the following output should be expected.