What do we have in this page?

The previous module used the ref keyword in class definitions. This keyword creates a managed class, which means that the .NET Framework garbage collector automatically destroys unused objects in your program. Before learning about managed classes, however, it is important to understand how unmanaged classes work. With an unmanaged class, you have to delete objects explicitly in your own code. This module describes how to use unmanaged classes.

The CreditCardAccount class in the previous code example contains a single member function named PrintStatement. This function has been declared public, so it can be accessed by other parts of the program. The class also contains a single data member named currentBalance, which has been declared private to preserve encapsulation. Notice that the class definition contains the full body of the PrintStatement function, not just its prototype. This is known as an inline function. Inline functions are fine for simple classes but can cause too much clutter in bigger classes. Imagine a class containing 30 functions. The class definition would be very long, and it would be difficult to pick out the function signatures in the class. The solution is to divide the class definition into two parts: a header file and a source file, as shown in the following figure. 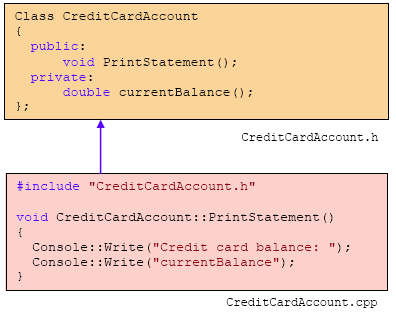 You can use any file names and file extensions you like for the header file and source file. Most developers use the same name as the class, with the file extensions .h and .cpp. The header file, CreditCardAccount.h, contains the class definition. Notice that the class definition now contains function prototypes, rather than function bodies. These prototypes make the header file easier to read because the function signatures are more prominent. The source file, CreditCardAccount.cpp, contains all the function bodies for the class. Each function must be prefixed by the name of the class to which it belongs, followed by two colons, as follows:

Defining a Class in a Header File

In this exercise, you will create a new application and define a CreditCardAccount class in a header file. (You will implement the class in the following exercise.) 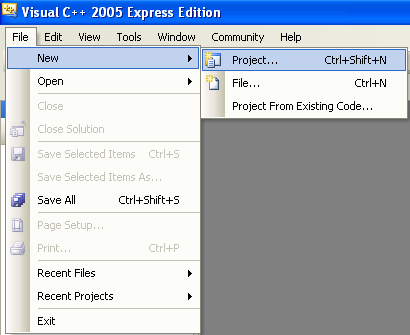 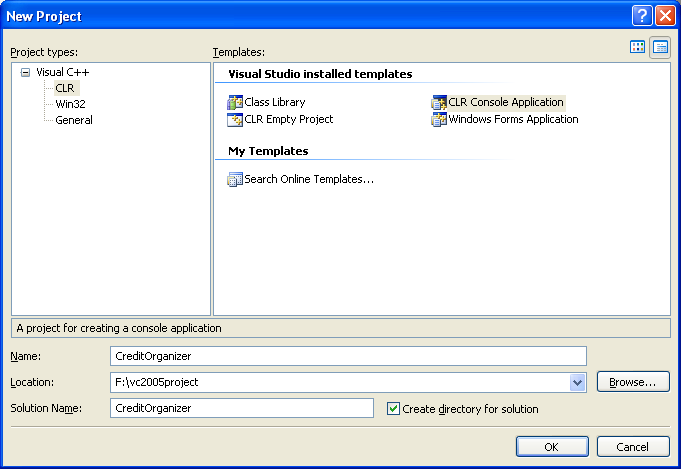 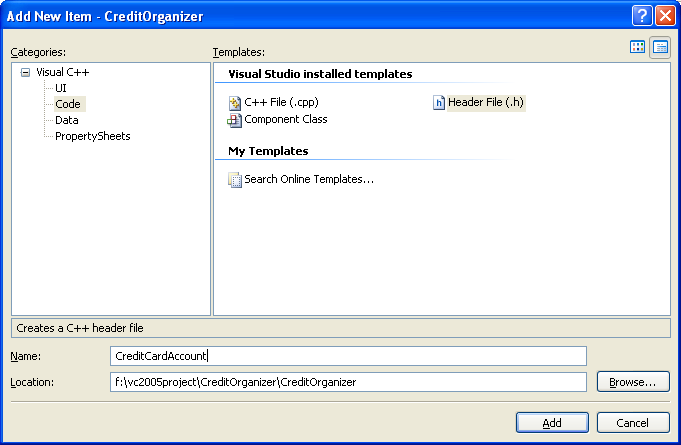 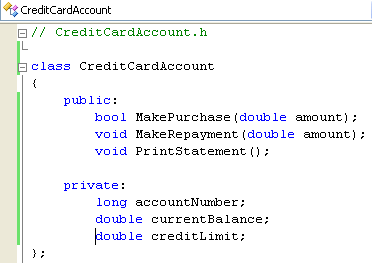