You use this class as the base class whenever you want to create a form. The Form class has a large number of properties and methods, the most important of which are summarized in the following table.

The Form class also has a very large number of methods and properties that it inherits from its base classes, which are shown here:

Notice especially the Component class, which forms the basis for all components that can be used with forms, and Control, which provides the base class for all visual components. All the base classes between them provide Form with approximately 110 properties, 180 methods, and 70 events! There are far too many to list here, so we suggest that you consult the .NET Framework documentation for more details. When we use inherited properties in the exercises or examples in this module, we'll tell you which base class they come from. By the way, when new version of the class library introduced, there will be many more. Although you can interact with the form's properties in code, the designer provides a Properties editor that gives you graphical access to all the most frequently used properties. The following exercise will show you how to use the Properties editor to edit the properties of a form so that you can make it appear where and how you want.

8.  Right-click the form, and choose Properties from the context menu. The Properties editor will be displayed. Select the Text property, and change its value to give a TestForm caption to the form, as shown in the following figure. 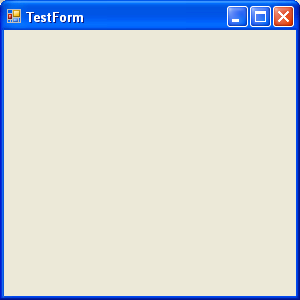 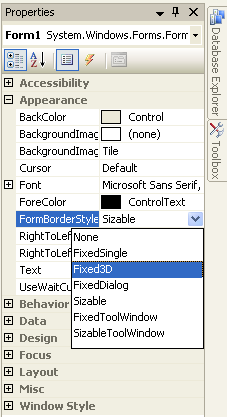 11.     Compile and run the code, and you'll see that the border style has changed and you can no longer resize the window, as shown in the following figure. 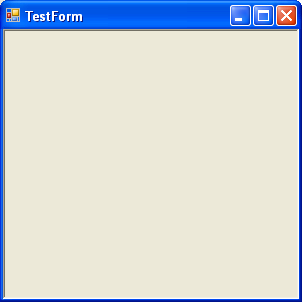 12.     Take your time to experiment with other Form properties to change the look and feel of the form.

Any form can create other forms, think of displaying a dialog box and by default, forms will be independent of one another so that you can minimize them and close them separately. There will be a parent-child relationship between the forms, but apart from that relationship, they are independent. Top-level forms, which are usually used for an application's main window, either do not have a parent form or have the desktop as a parent. It's also possible for one top-level form to be the owner of another top-level form, in which case there is a relationship between the two forms such that:

Think of the Find And Replace dialog box in Microsoft Word as shown below. You can access the parent form without needing to close the child form.

This window appears when you want to find something in the document, and it hovers over the Word window until you close it. If you minimize Word, the dialog box is minimized, and it disappears when you close Word.